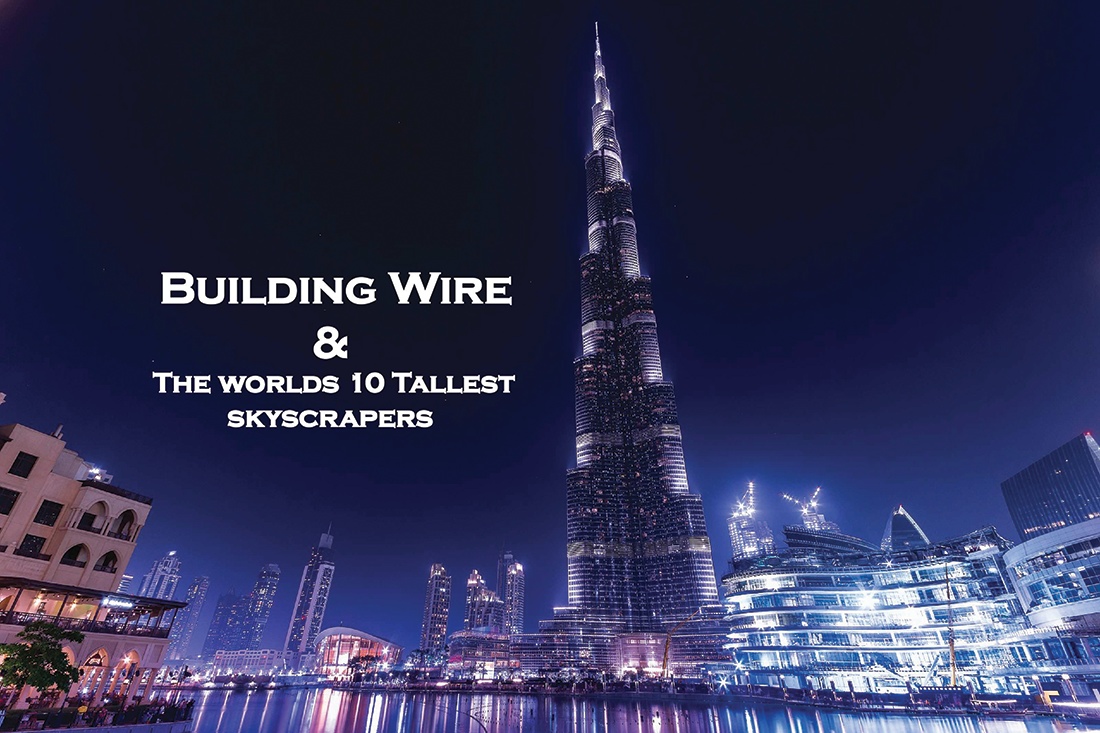 In the last one hundred years, mankind has developed and evolved more than ever before. From technology to infrastructure, everything we know has changed drastically. We now live in a time where buildings are so tall they touch the skies and technology so advanced were able to keep in touch with people half a world away. The topic Sycor wants to dive into is the wiring behind the advanced infrastructure of today. With buildings reaching over 800 meters in the sky, the designs of these mega structures are continuously becoming more complex as engineers continue to push the limits. Power distribution is one of these major concerns and can become increasingly difficult when pushing boundaries.

It’s well known that the more advanced a job is the more advanced equipment is required and this includes wire and cable. Sycor’s has been providing building wire since its beginning and although wire has continuously changed throughout years, because of our veteran sales force we’ve been able to help supply and provide technical advice for many of these difficult applications.

Building Wire is a very useful and versatile set of products that can serve a broad range of industries including:

Building wire and cable is used throughout the world in the construction of all kinds of buildings from residential and commercial, to huge industrial plants. Playing an important role in the transferring of power from an external source, building wire and its placement is a very important consideration when constructing large infrastructure.

Building wire as a whole is an extremely popular category around the world being used in the construction of commercial institutions, industrial manufacturing and residential properties. Conducting electrical power to unbelievable heights, Sycor specializes in providing building wires that are created and assembled to the NEC requirements, which designates what wires can be used in building conduits and high traffic areas. Building wire has a variety of interchangeable characteristics, such as the choice between Aluminum or Copper conductors, stranded or solid conductors and choice of colour, which makes each cable no matter what the application quick and easy to identify.

Traditionally buildings before the 1980s and 1990s used aluminum wire over the traditional copper. This was due to the rising price of copper in the 1960s and 1970s. This trend was quickly abolished and switched to 100% copper for a few reasons. 1) Aluminum is much cheaper than copper but has worse heat conductivity and electrical conductivity. 2) When appliances and applications began requiring a greater amount of electrical power the aluminum building wire would begin to short circuit, either browning out or shutting off completely. Being a horrible heat conductor also became a fire hazard as many homes and commercial institutions began to catch fire, solely from the use of aluminum wiring. This led to the 1965-1974 ban. This change revolutionized the building wire category as almost all infrastructures at this time was already installed with aluminum wiring. The building wire category as a whole has undergone many changes over the years, consistently adapting to the current markets demands.

Top 10 tall Buildings in the World: