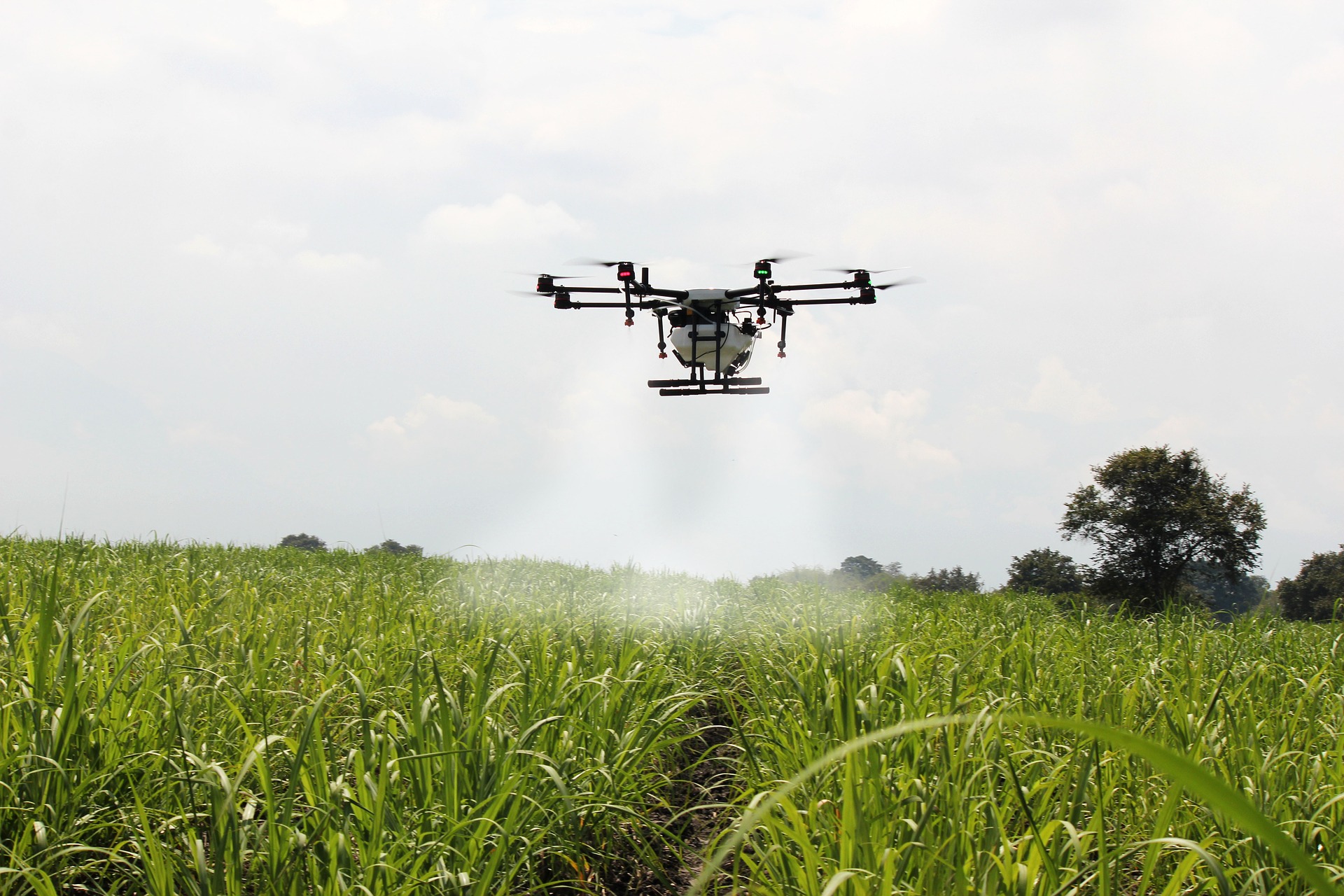 Over the last decade, drones have gone from virtually non-existent to offering a new type of filming method to having entire businesses built around customized drones. Drones are quickly adapting to diverse industries in many different ways, and in today's blog, we're going to explore what drones are, the different electrical and cabling parts that make up the construction, and how they are utilized in various ways within society.

As mentioned, drones are a relatively new invention and have quickly been adapted into varying industries worldwide. To most people, a drone is a UAV, also known as Unmanned Aerial Vehicle. These multi-copters fly using the thrust of two or more propellers. Some of these different styles are known as quadcopters (4 propellers), hexacopter (6 propellers) and octocopter (8 propellers). The drone constructions also depend significantly on the industry, like military or civilian. 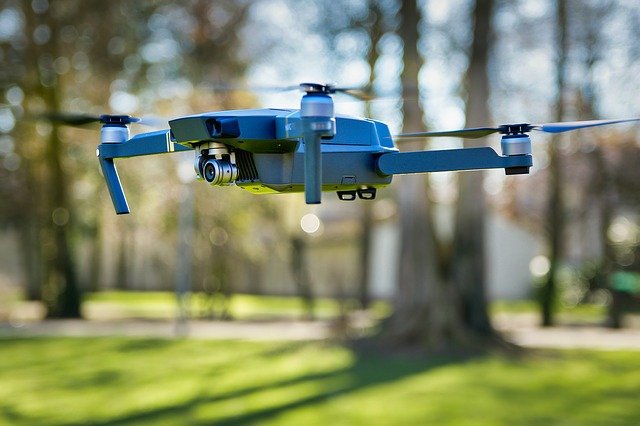 Drones are available in a number of constructions, each built to meet specific requirements. For example, the RMUS - Heavy Duty Police Drone with Thermal and 4k RGB Camera. This $25,000 drone is used to help locate specific individuals over long distances, with the ability to operate in complete darkness. Now compare that to the DJI Mini 2, a $500 drone from amazon that's equipped with a standard 1080P camera. Both of these products are being used for an aerial overview, yet they've been designed for completely different applications. The additional upgrades on the RMUS drove the price more than 50X higher than the DJI Mini 2. With additional customization coming in many different shapes and forms, drones have quickly become a cost-effective alternative for many different applications.

The continued expansion of these various capabilities has created opportunities throughout many diverse industries. What once was a costly and exclusive practice is now an expanding industry that no one could have imagined would become this popular. From helping fulfill autonomous applications to providing a new form of filming, a drone is a unique tool that's meeting applications requirements in never-before-seen ways.

What are drones made of?

Drones are made from various supplies, with the most prominent being:

These are just some of the popular materials used within the standard drones. What makes drones special is their ability to come in many different shapes and forms. Whether you're going long distances and require long-range technology, delivering packages with a high-performance model, or simply using a small drone for entertainment with a cost-effective design, they can do it all. 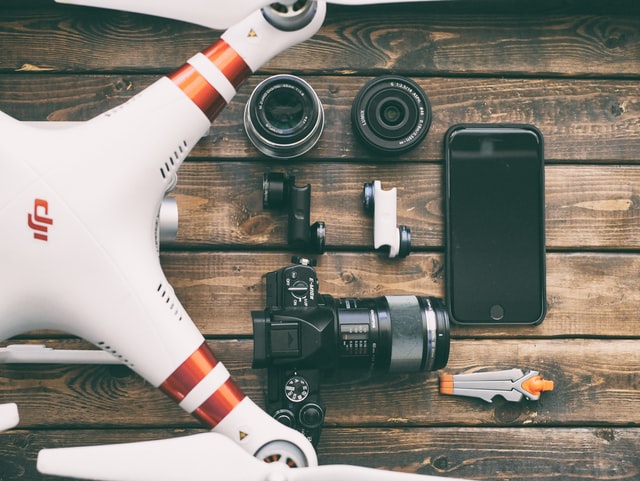 For drones to take flight, they must generate enough upward thrust to overcome their own weight, which means the materials used must minimize the drone's mass as much as possible.

Every gram of weight costs the drone energy, and every bit of weight removed improves the overall performance. This is the biggest consideration for any type of drone application as it is the defining criteria for what's needed to build the most optimal and efficient design.

What are drones used for?

Like many other applications, drones are utilized in many different forms and are frequently customized. Traditionally drones were used as a type of UAV by various military institutions. Today they're used for applications like agriculture, defence, disaster relief, logistics and much more.

Drones have become a major part of emergency response as they've proven their usefulness time and time again during natural disasters. In the aftermath of earthquakes and hurricanes, drones (also referred to as UAVs) are frequently relied on for assessing damages, delivering aid and locating victims. During the 2017 hurricane Harvey, drones were able to help restore power to areas damaged and help assess flooded areas in search and rescue operations.

Drones are also being heavily relied on for combating forest fires. Most drones used for this application are customized with thermal imaging cameras and deployed to detect unnatural forest temperatures. This enhances fire prevention teams' ability to identify areas that are the most prone to forest fires and detect them minutes before they begin. In 2019, the U.S Department of defence made an official request for drones to be deployed during a natural disaster to help distribute food and water to hard-to-reach locations.

Drones have increasingly enabled the gas and oil industry to inspect their equipment faster, safer and more cost-effectively. The monitoring process is done through many different sensors that are designed to collect data in various ways. The drones or UAVs have flexible "plug-and-play" payloads, while others combine different sensors that collect complex process of data. The low cost of drones enables them to be used for more frequent and inexpensive inspections. This increases efficiency and productivity by quickly identifying potential faults and breakdowns within the infrastructure. 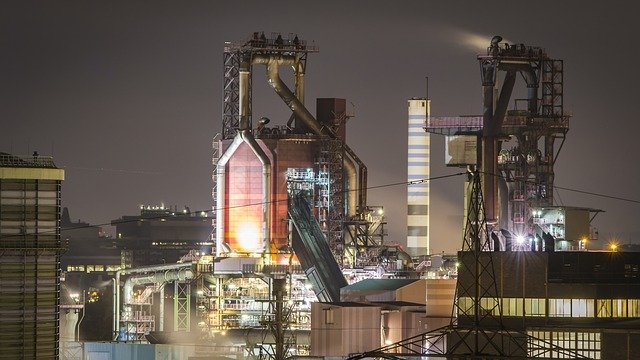 21st-century modern medicine has come leaps and bounds. With an enhanced ability to prevent disease, increase life expectancy, and increase the average person's living standards, one of the last hurdles to overcome is general accessibility. There are a number of remote and rural locations with little access to medical technology, and with traditional transportation being very costly, drones have become a cost-effective alternative for medical transport.

In 2018, North Carolina's hospital partnered with WakeMed Health to test out the pilot program for delivering drugs, blood, and medical devices between various medical facilities. WakeMed later partnered up with UPS and the drone manufacturer Matternet to continue to develop various means of time-efficient medical transportation.

Agriculture has been quickly evolving over the 20th and 21st centuries in various ways. From advanced robotics, autonomous tractors and now drones, autonomous farming has consistently increased in optimization and efficiency over the years. Drones today are being utilized for spreading seeds, spraying pesticides, watering and even pollinating flowers when required. In the future, this could prove to be extremely important, as bee levels are consistently dropping to all-time lows, which has begun affecting food markets like fruit production.

Drones are also making headway in the cultivation of crops, which is a repetitive, time-consuming, detail-oriented process. With autonomous tractors and robotics consistently working towards full autonomy, equipment manufacturers are still looking to develop robotic assisting devices to take on more complex tasks. For example, picking produce has become one of the largest autonomous farming applications, while seeding being an equally labour-intensive task, has been unchanged for a long time. Now drones have taken on the task of being able to spread speeds for long periods while charging quickly and efficiently. 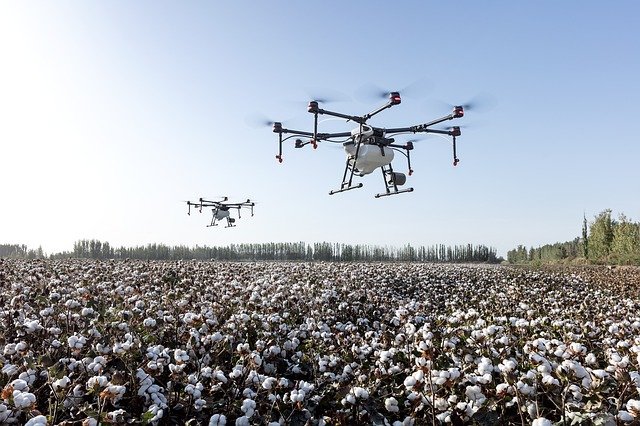 Drones are still a relatively new invention, yet they've been adapted and consistently developed into numerous industries. The low cost, easy customization and increased safety these drones provide have created a vast new approach to meeting demands in many ways. As a wire and cable supplier, Sycor has the parts to make your drone application a reality. Sycor has the tools to supply your drone application whether you need high-temperature resistance, a lightweight construction, or even high voltage; our team has tools to provide your application with a cost-effective solution.